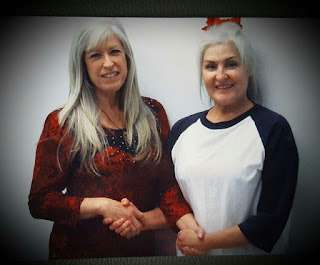 This article is my response to an email from another viewer of the Deadly Women episode in regards to their portrayal of Kerry Lyn’s case.

My first statement upfront is that Kerry is innocent and the show is a sickening reinforcement to the wrongful conviction. It is a false representation of nearly everything presented. The idea behind such a program is to elicit strong emotional responses which will instill disgust and fear in order to circumvent rational evaluation of true facts needed to fulfill justice. The result is the viewer is stimulated emotionally to the point they cannot reconcile their horror with facts. Added to this sensationalized method is the lack of true facts included. If the viewer could calm their feelings to the point of evaluating what is presented, even with this fictionalized story anyone with a little forensic knowledge or investigative skills (common sense) would have questions regarding how the crime scene portrayed would not have left any forensic evidence. – But the show does not tell the audience there was no evidence does it? They lead the audience to believe the crime was proven simply by leaving out key information.

The person who emailed wrote me a well thought out inquiry, so I am publishing my answer in order to help more of our readers and thinkers gain answers to the facts I present with the conflicting “story” seen in the Deadly Women series.

His first question:
(After watching the Deadly Women episode) “…your sister’s case really sticks out to me; especially since you run a very detailed blog and published a book maintaining her innocence. I just have a few questions.
1. If there was “No body, no blood, no weapons, no evidence, no forensics,” then how did this become Kerry’s reality? It’s as if it surfaced out of complete nowhere.”

If you read through this blog, or for more details read the book, you will learn this case DID NOT “surface out of nowhere”. I have well documented the San Diego law enforcement’s work on this case, from the beginning in 1988 to the conviction in 1995. The research was collected from the case transcripts.

The second question:
“Why did someone confess to the murder three years later (such as Sheryl Baker) if no murder even took place?...if they had gotten away with it, sealed it, unless they had a guilty conscience of some kind?”

The facts were represented falsely in the episode, earlier posts in this blog share how Ms. Baker came to testify on this case.

When the narrator in the show states “For the next three years the murder remains a secret within the tight drug circle. Until one of them cracks with guilt,” immediately followed by Dusek saying, “ Sheryl Baker then provided a great deal of the information…”etc. it leads the viewer, like you, to believe Ms. Baker came forward voluntarily.

As a matter of fact, Ms. Baker sat in the local jail for two years, along with the other two co-defendants (the three were officially accused of the murder in May 1992), before she succumbed to the temptation of the plea deal offered to all three. It was a first-come-first-served offer to any one of the three, in exchange for their testimony against the other two. They did not have sufficient evidence to go to trial. Her formal statement was made in July of 1994.

Investigator Richard Cooksey and other law enforcement had interviewed Ms. Baker several times, under questionable, some illegal, circumstances, from 1988 through 1992.

According to the trial transcripts, and the press releases, the alleged torture murder of Irene Louise May occurred June 26, 1988, at space #25, Live Oak Springs, in San Diego County.

The first search of the alleged crime scene was in September of 1988, working from a missing person’s report and rumors in the East county meth scene, nothing was produced, except for the realization that Sheriff Deputy Dave Wilson had been to the alleged crime scene the very evening of the alleged murder. Deputy Wilson testified at the trial he had responded to a burglary call June 26, 1988, at Live Oak Springs, space # 25. He found no evidence of any crime and noted Ms. Fedor, the resident of the trailer, was a “5150”.
Ms. Fedor was high on meth. The deputy was familiar with Ms. Fedor and her drug use from five other calls to her residence over the last two months. 5150 is code for a person who is mentally unstable.

The second search was carried out in November of 1988 – again resulting on no evidence collected.

I want you to understand that not only is there no physical evidence that Ms. May was murdered, but that no one was even declared dead during the trial – six years and seven months after - there was still no corpus [Corpus might be used to mean a human body, or a body or group of laws. The term is used often in Civil Law to denote a substantial or positive fact, as opposed to one that is ambiguous. http://legal-dictionary.thefreedictionary.com/corpus], Ms. May had not been declared deceased.

Trial Judge Thomas J. Whelan addressed the jury directly to correct prosecutor Dusek’s questions during the trial when he referred to Ms. May as a murder victim, “…That’s a fact for you to decide. It’s inappropriate for him to put that in the question,…just leave out whether or not Miss May is in fact deceased or not, because that’s something for you to decide.” pp. 2800-01, trial transcript.

Later during the trial the judge made a further statement in regards to establishing corpus, “that is certainly an issue before this jury, as to whether or not Miss May is still alive, or, if she is deceased, how she became deceased, whether it was through a criminal act of another or through some self-inflicted means or other causes, i.e., asthma attack, hepatitis or whatever.” pp. 3420-21 trial transcript.

He also wrote this comment to me, “It truly horrified me and was extremely disturbing and unsettling to watch.” The series producers would be very pleased with your comment, but that is what they are going for isn’t it? It is not a serious source for a student of Criminal Behavior Psychology. I know the facts are warped in the portrayal of this one case, which leads me to wonder what the other cases are based on. But we have to admit this series was created to inflame emotions, not to educate.

I would also like you to ask yourself how the series acquired their information. Can you find anything like the scenes they portrayed on record out there? They certainly aren’t from the trial. Perhaps it was directly from Dusek and Cooksey, since they took an active role in this episode, after all, they were both on the case. So why portray the story falsely? Could it be to cover the wrongful conviction, the deliberate orchestration of a false case to get a conviction?

The scene wasn’t even according to Ms. Baker’s coerced testimony (which was provided in exchange for her plea deal) and everyone was sensationalized for the episode.
For example, that character of “George” was never even located, and no more was documented about him other than his first name, approximate height 5’6”, short brown hair, described as well-groomed and soft spoken. The only one who knew George before that weekend was Ms. May. No one saw him again after that weekend. Why did the program portray George as so crazy? Maybe for the same reason they portrayed Kerry as so crazy; because it makes it more exciting.

The trailer was far from isolated. The trailer they all partied in was located in a small but densely populated neighborhood made up of a trailer park, winding streets of houses, a small resort with cabins, and a convenience store/gas station. It was Joann Fedor’s trailer, only she and her three kids lived there. There are too many discrepancies to get into without turning this article into a book.

Remember: there is no forensic evidence at all.

His last question was: “What do you personally think happened to Irene May?”

I don’t know where Ms. May is. I can tell you that all these years of searching and researching have only built a tighter case in support of no murder, no death.
Her husband said he spoke with her in late July 1988, when she told him she was leaving him. The man she lived with prior to her husband said she disappeared on him for years. Her father and brother were unconcerned when lead prosecution investigator Cooksey told them he couldn’t locate her. She was a serious meth addict with asthma and hepatitis.
There is no death certificate for Ms. May to this day.

I think if we could find “George” he could fill in a lot! Ms. Baker testified that George was with her and Ms. May before they met up with the others, and that he stayed with the group all weekend. George has never been seen again; perhaps he left with Ms. May? I would only be guessing if I told you where I thought Ms. May went.

Another interesting, and very pertinent fact is that Kerry has never received her right to an appeal – over 21 years after the conviction. The process was finally fully briefed June 2009, but it has yet to be reviewed. The CA Supreme Court has not made a ruling on it, we don’t even know if they have chosen to read it yet.
An Appeal is the process of collecting information and filing it with the Supreme Court, making an appeal to review the case, then the Supreme Court Justices are supposed to make a ruling according to the information submitted. That ruling could be that the case is thrown out, the case deserves a new trial, the sentence is reduced, or a flat out no – meaning they support the conviction.

Why does this case with so many issues languish?
If it is so cut-and-dry why not get it out of the way?

There have been 157 exonerations from U.S. death rows, at one time they were all thought of as guilty. There are many examples of the system getting it wrong, for many different reasons. If you begin to look into those cases, you will learn how much can go wrong, especially in a capital case. There are many good reference books and sites with an abundance of facts on wrongful convictions. I have posted them on my blog in the past. One is by Mark Fuhrman, Death and Justice. If you only read his last chapter and his epilogue, you will learn a lot.
Exoneration info:
http://www.deathpenaltyinfo.org/innocence-and-death-penalty

Excerpt from Innocence Project post:
“The problem is that the police can be wrong.
In his November 12, 2012, review of “The Central Park Five,” Los Angeles Times film critic Kenneth Turan said the film “serves as a cinematic primer on what has become one of the most disturbing aspects of our criminal justice system: the ability — and the unabashed willingness — of police to psychologically manipulate people into confessing to things they have not done.”
http://www.innocenceproject.org/demystifying-false-confessions/ 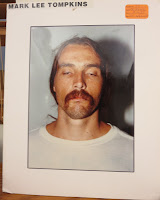 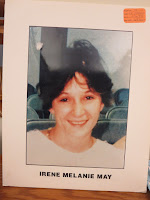